We left Wales on Monday 8th Nov and headed over to Castleton in The Peak District. Angela and I last visited here in 2013 and have decided to return once again. We are staying here for four nights on our way over to Yorkshire. It not only breaks the journey up into short distances but it gives us a chance to walk up to Mam Tor again.

The first couple of days here the weather was not too good. Tuesday we just had a walk around Castleton itself stopping for lunch in The Castle next to a roaring fire. Wednesday as we needed some food shopping we had a drive out to Morrisons in Chapel en Le Frith taking the scenic way back via Edale which was beautiful and more enjoyable in our Smart car as the roads were quite narrow in places.

As the weather forecasters had predicted we woke on Thursday morning to lovely sunshine which was great as this was the day we had planned to walk to Mam Tor. It is only about 4 miles long reaching a height of 1,695ft (517m) but well worth it as the viewpoint is one of the most dramatic in the Peak District.

After reaching the top and drinking in the 360 degree view we walked back down the ridge to a sheltered spot to have our flasks of tea and biscuits while looking out towards the Edale valley. We could see the windy road that we drove back from the shops on yesterday thinking how the cars looked like ants going about their business.

Biscuits eaten and flasks empty we made our way back down towards the visitor centre. We couldn’t have timed it any better as the whole walk up was in sunshine and on our return the clouds began to gather and finally it began to rain as we walked into  The Peak Hotel where Angela and I both enjoyed a well earned pint sat next to a nice warm real fire. What a cosy pub this was and we studied the menu thinking we may come in later for our evening meal as a treat as we were leaving in the morning.

We walked back to the van in the rain, had a nice shower and got into our comfy’s which was dangerous as once we were settled in with the heating on and the rain hammering down on the roof neither of us wanted to go out again. We had a pleasant meal that evening then checked the route on the map ready for our journey over the Snake Pass on to Yorkshire in the morning. 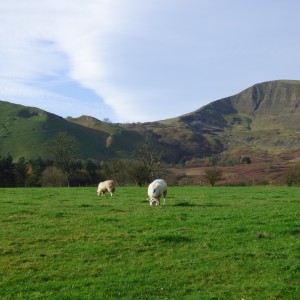 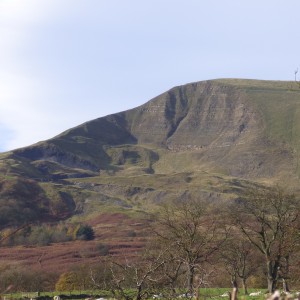 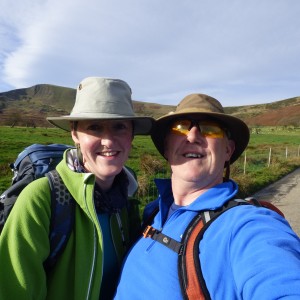 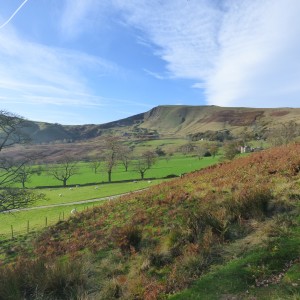 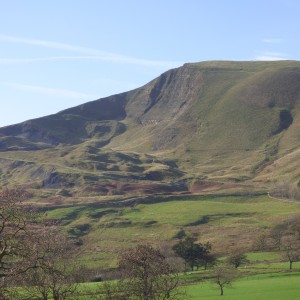 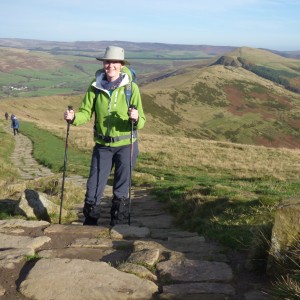 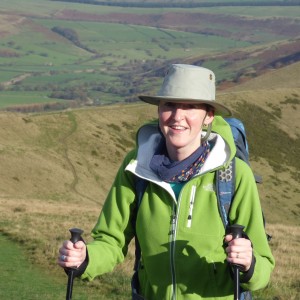 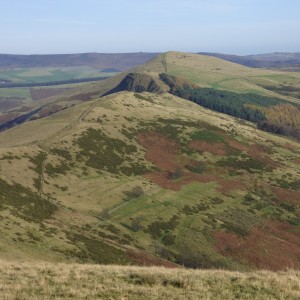 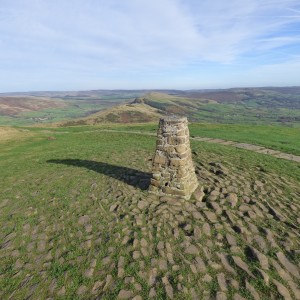 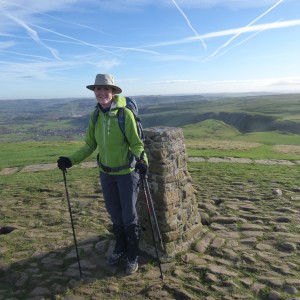 Angela and I decided that there was more to life than working hard to keep up the payments on the mortgage, to pay the gas, electric, phone bills etc. etc. SO............ In 2008 we sold our house, I initially took a year off (Unpaid) and Angela handed in her notice! We bought a motorhome and set off for a year of travelling! This was the best thing we had done in our lives (Apart from getting married) and we have no regrets. During the year I managed to secure a redundancy package which felt very strange. Almost sad as I had worked for the same company for 19 years (BT). It was always our plan to have a whole year off before thinking about the 'W' word. We began applying to the Camping and Caravanning Club (CCC) for the position of Holiday site assistants in August 2009. After the interview, work experience and induction we were finally given a contract at the CCC site in Inverewe (Scotland). Our plan is to work through the summer in the UK then head to Europe to overwinter before coming back to work the following summer season. Hopefully these few words and our blog will inspire others to get off the hamsters wheel and see that there is more to live than having a house and material things. A cliche I know but this is not a rehearsal, life is too short!!! Since our first contract in Scotland we have worked a winter contract in Oxford (never again!) not Oxford but a winter contract. Hereford for two years, living in a yurt for one! And Cornwall. In between our working we have also travelled a bit. Hopefully this website will give you an insight into our alternative lifestyle. Get out there and live the dream!
View all posts by Dean →
This entry was posted in 2015 and tagged 2015 England. Bookmark the permalink.