Well, the day finally arrived when we took our leave of Oxford.  We said goodbye to Phil & Adele, the new managers at Oxford and we wish them and the new assistants a very good season. All the final checks were done on the ‘van and we checked that the trailer was loaded evenly, courtesy of another purchase from Go Outdoors of a ‘nose weight measuring device’.

Our destination was the site at Chipping Norton to see Malc & Ali, our old managers.  They will be managing the site for the summer season and are busy getting everything ready for the opening day of 1st April.  The rest has done them the world of good (they finished at Oxford on the 31st January) and they’re making themselves at home.  Woody has settled in but keeps following Malc around like a lovesick pony! 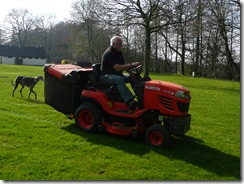 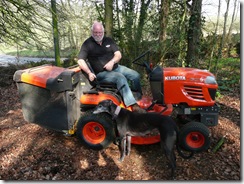 We went for a stroll from the campsite along a bridleway and were rewarded with some beautiful views.  The contrast between here and Oxford is vast, rural vs urban – no contest! 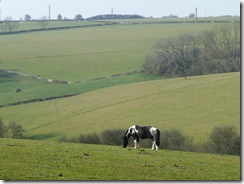 Later that evening we were invited round for a Chinese meal, along with John & Carol (their assistants in previous seasons) who are here on site helping them get ready.  It was a lovely night catching up on stories and comparing notes about campers!  On coming back to the ‘van we were able to look up to the sky and see the stars as it was a beautiful night, with no street lighting.