We went for a walk today from the campsite along the shoreline of Loch Ewe towards Cove.  It was just a stroll but we wandered quite a way as the sun was shining….although it was still freezing!

Walk along the shore

Looking back to Inverewe

Walking back into Poolewe we passed the Bridge Cottage Coffee House (with gallery attached).  We did not go in this time but we will go back again to sample their salads.  We’ve already tried their coffee and cake…delicious! 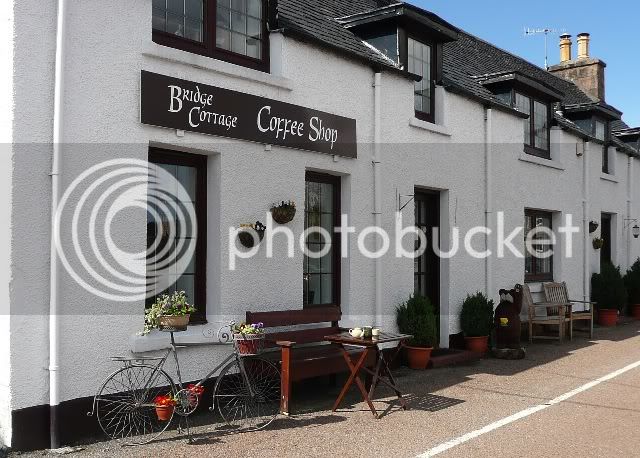 Shortly after this we were back at the campsite for a well earned cup of tea and a slice of local cake!

As can be seen by the picture above the campsite is in a beautiful setting. There is still snow on the higher mountain tops.