We took advantage of the beautiful weather and scootered out past Gairloch to Redpoint Beach.  The route out there was mostly on single-track roads, but this time of the year it is not too busy. 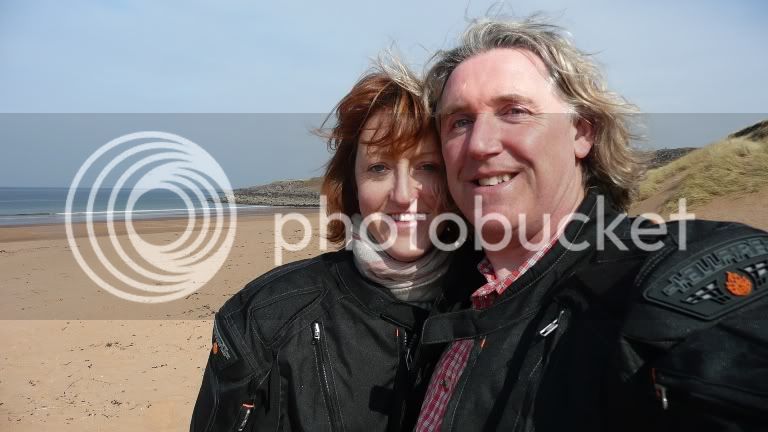 Another great day out!

Again, we were the only ones on the beach.  Another place to visit on our days off, but we’ll be more prepared next time with a huge packed lunch!  There is a walk to the lighthouse too but we’re saving that for another day.

On our way back through we stopped to take a few pictures at Loch Sheildaig where boats are moored.  It was low tide and while Dean was taking pictures of a heron, Angela noticed some splashing further out.  To our great delight it was a group of seals playing!  We were so excited, and we’ll have to come back again especially as the camera battery ran out at just the wrong time!

We stopped off in Gairloch at the Harbour Lights Cafe for a late lunch and got chatting to the lady behind the counter.  she gave us some advice on good places to eat and the best places to get seafood.

Once we got back to the campsite, we had a ‘rush’ of off-roaders (campers who don’t book, they just turn up as they’re touring) including German and Belgian customers.  It’s all good practice for when we start properly in two weeks time!